Well let me think how this shoot came about . We were both following each other on Instagram and had a common friend in Sara who I had shot a couple times previously. So , basically Claudia was someone I had wanted to shoot , but for some time it seemed to be cat and mouse on who would ask who .

Before I get to the shoot , a new feature I’m including in my shoot posts , a word from the dancer .

“Nowadays it is easier to meet new people thanks to social media, I started following Steve on Instagram because I loved his photos hoping one day I could shoot with him. The opportunity finally came and I was so happy to start planning a session with him. We had so much fun! Steve is an easygoing and professional photographer that helps you get through the session stress free and with so much fun! I was surprised that he sent me the photos in a short time and they are amazing! Thank you Steve for everything!”

Well the day came when in one of my post I mentioned , nothing much happening in August , and she was the 1st to respond. So it was set . Finally we are going to shoot .

We agreed on shooting in Roosevelt Island in New York City . It’s a quiet clean place to shoot . Most of all I like that there are no other photographers hiding behind me trying to sneak photos during my shoot .

So , there we were , meeting for the 1st time officially, and now it’s time to begin . In general during my shoots I have a little idea of spots I may shoot , but , I really like more just kind of walking till you get that feeling ” here , this is the spot ” and I try not to linger to much in the same spot as I think it’s boring for the photos to all look the same . I think the background is very important and it should be ever changing Sometimes a dancer could do the perfect pose and without a good background it seems to go unnoticed. With the right spot , it changes everything.( that’s why I’m not so keen on studio work ) after a few minutes and poses your done . There are great studio photographers but it’s not for me .

Anyways , the 1st area we found was some wooden steps on the water front . 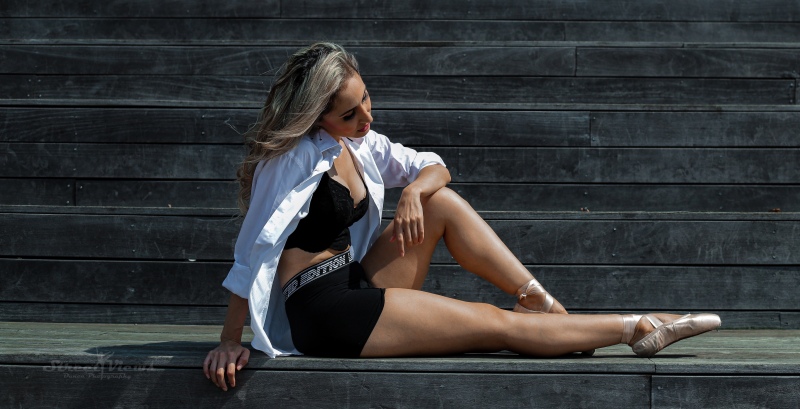 Continuing on we headed over to a small church , we did a few shots there , but the lighting was pretty harsh and we couldn’t get to the shaded area we wanted on the other side . 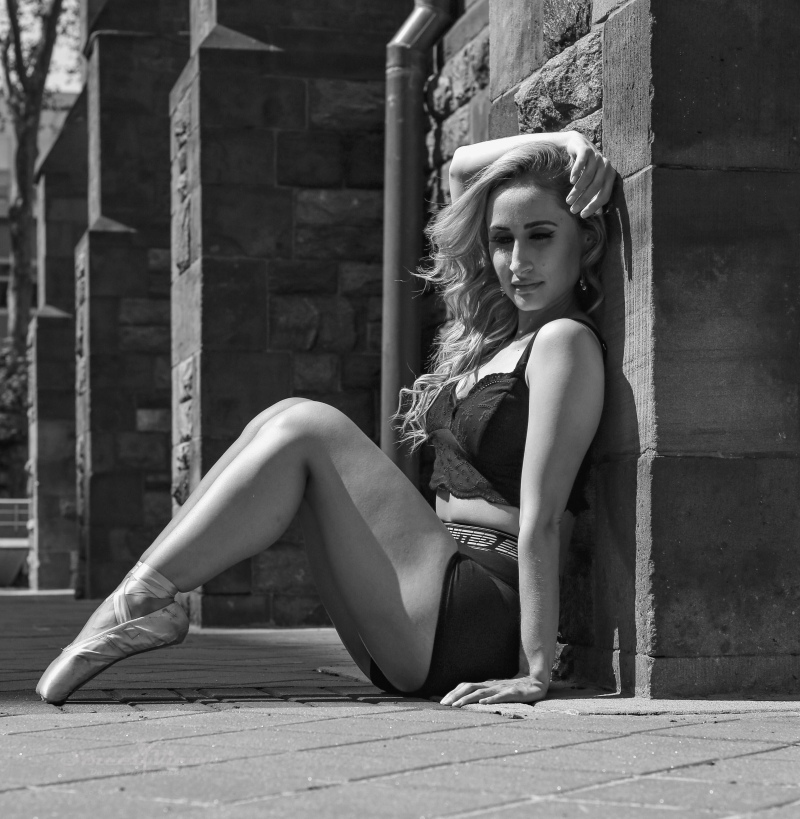 Moving on we noticed an interesting spot on the waterfront.. 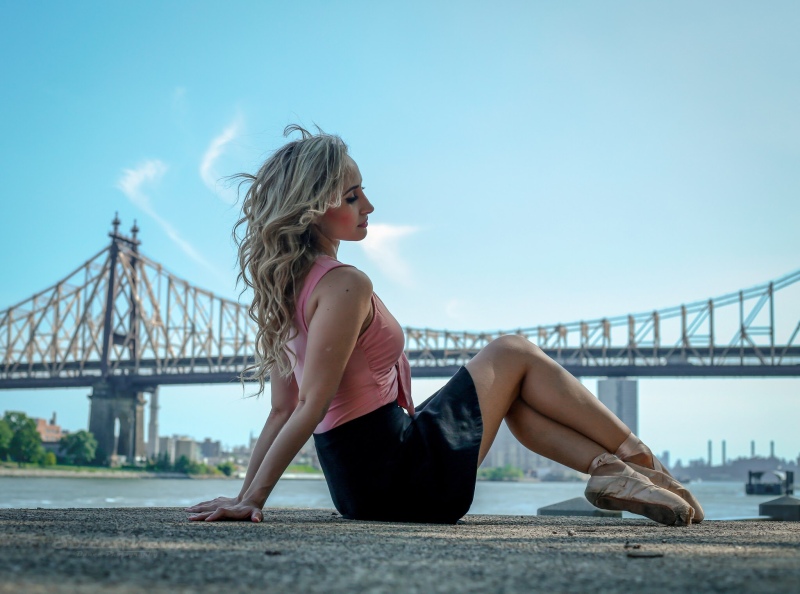 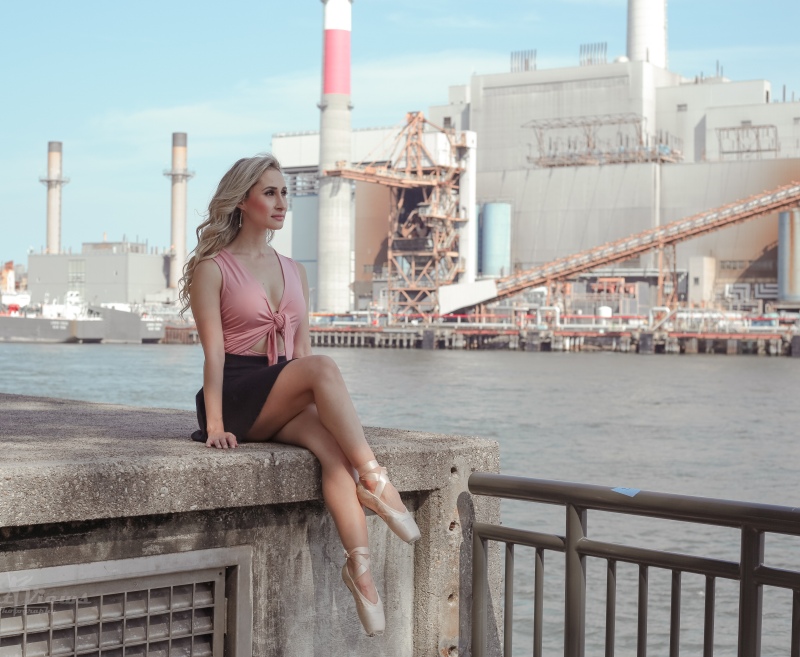 Unfortunately our next spot was at 4 Freedoms park which happened to be closed , on a Tuesday .

So we made due in the area : 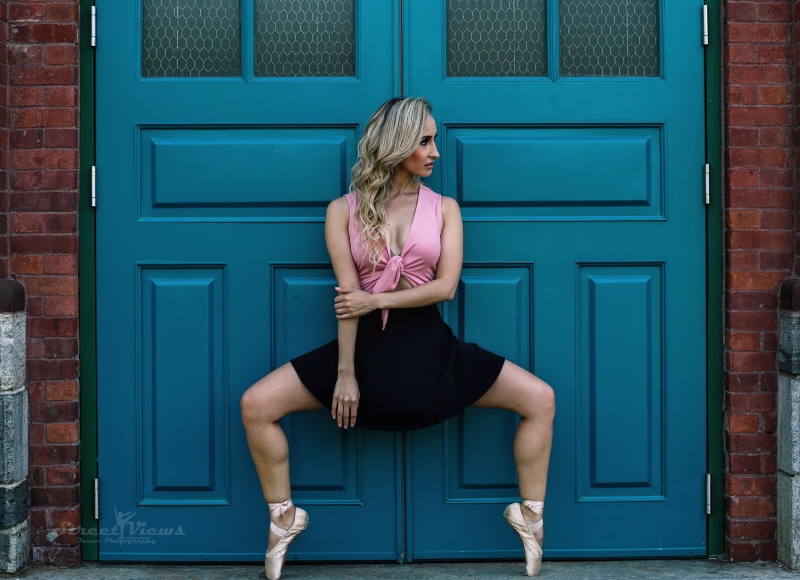 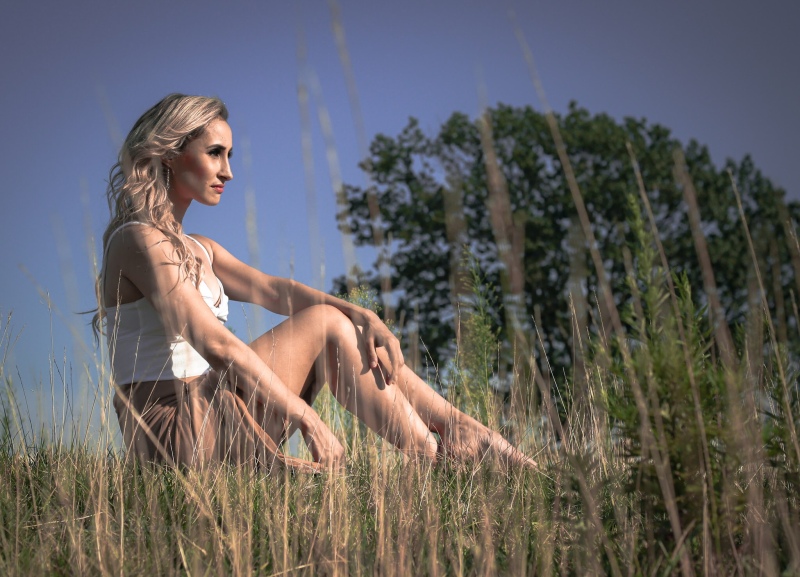 And we circled back to our starting point , it was here where we shot the now famous photo of me , the photographer, showing my moves :

I’ve decided to add 1 posed shot into my shoots . Just trying to have fun with it .

And now back to Claudia

We finished up where we started … almost . Since we had to catch the same train we went into the subway station and did a few more shots before ending the day . 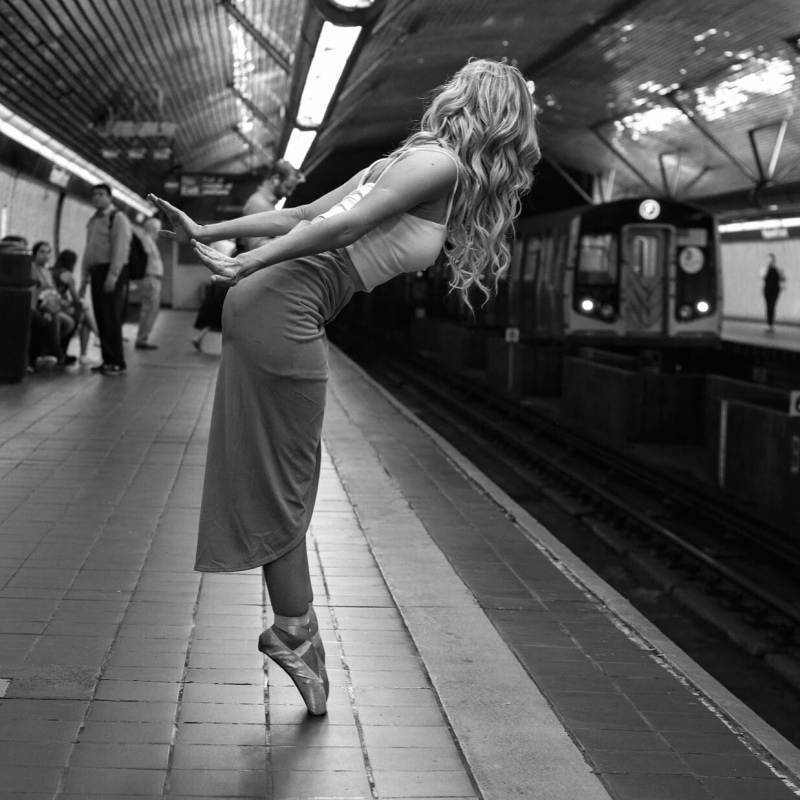