So , in the end , I spent most of fashion week to sick to attend many shows or get shots outside. I decided to finish up my fashion week photos with some behind the scenes shots as well as people in the streets . I will begin with a couple photos of Ms. New York Nicole Kulovany . I can’t say we knew who she was , but , my fellow photographer had noticed her handbag and shoes the 1st time she walked by us . The third time was the charm as he stopped her to take a few photos of her handbag and shoes . 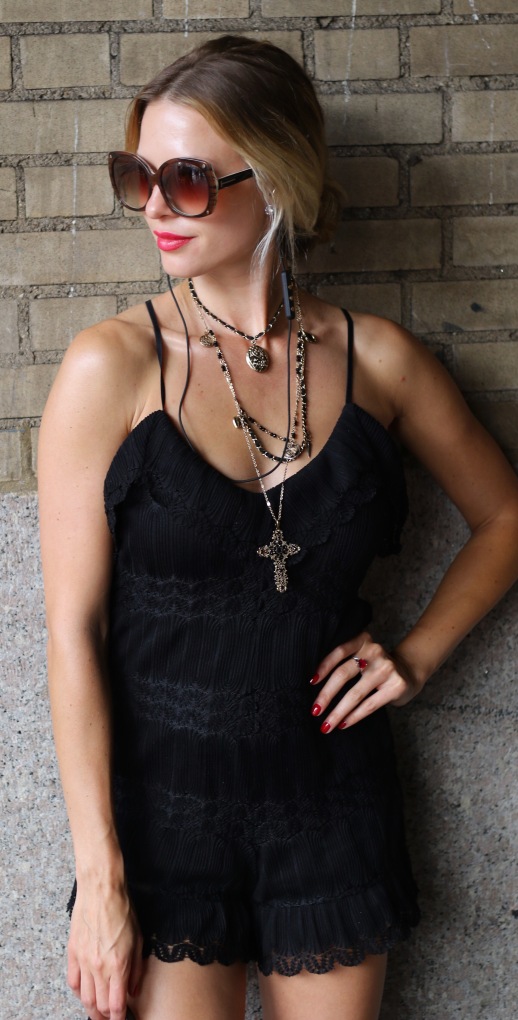 Also while standing there , I was able to get a few shots of people I don’t yet have names for , unfortunately. 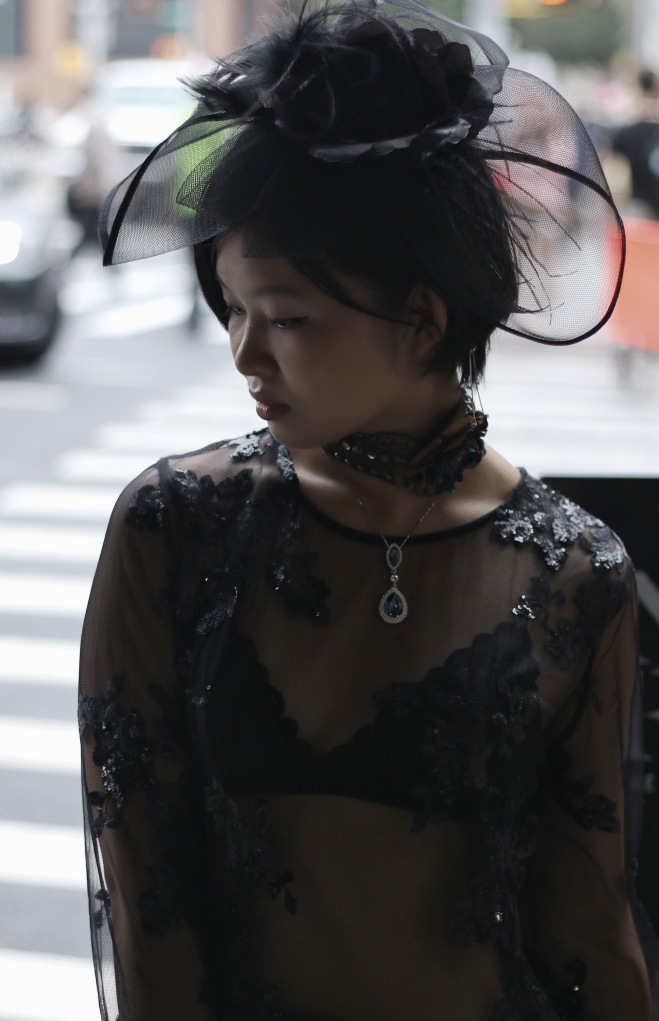 Below is photos of a fashion blogger and date . Andrea Casanova and the girl with cool glasses . 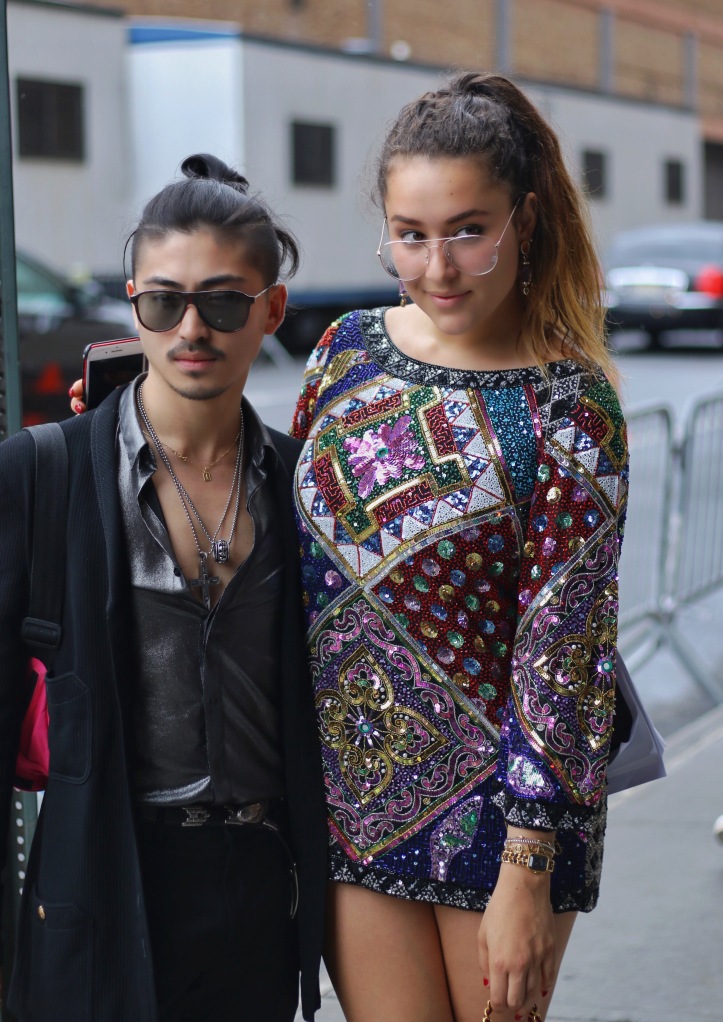 The same girl with fellow photographer and friend of mine Nuri , Nuri is also the photographer who was able to stop Ms. New York .

Before posting the next couple photos , I do want to say , myself and the few photographers I associate with are not the star struck photogs . If you haven’t experienced Washington st . In NYC during fashion week well , I personally found it a bit disgusting and embarrassing as a photographer to be in that area . I can best describe those people as flies on s…  . Any female that walk by they came out from behind the trees , buildings etc and really swarmed people . It honestly looked as if these people were from another land and it’s the first time they saw a woman . The difference between these people and paparazzi is that paparazzi know who they are photoing , these people just surround any female that walked by . But that being said , my friends and I decided to go get something to eat rather then being around the vultures . On our way to dinner I did stop to take a photo of the German model Leah Rodl.

So that was basically all the shots I took outside in about 1-2 hours time and 100’s of beautiful people walking by .

Now a few before the shows shots . The 1st is a couple of shots of Djanene Beaulieu , she is a host , writer , editor and producer with : Buzz60 , AMCONYC TV , CBS News . 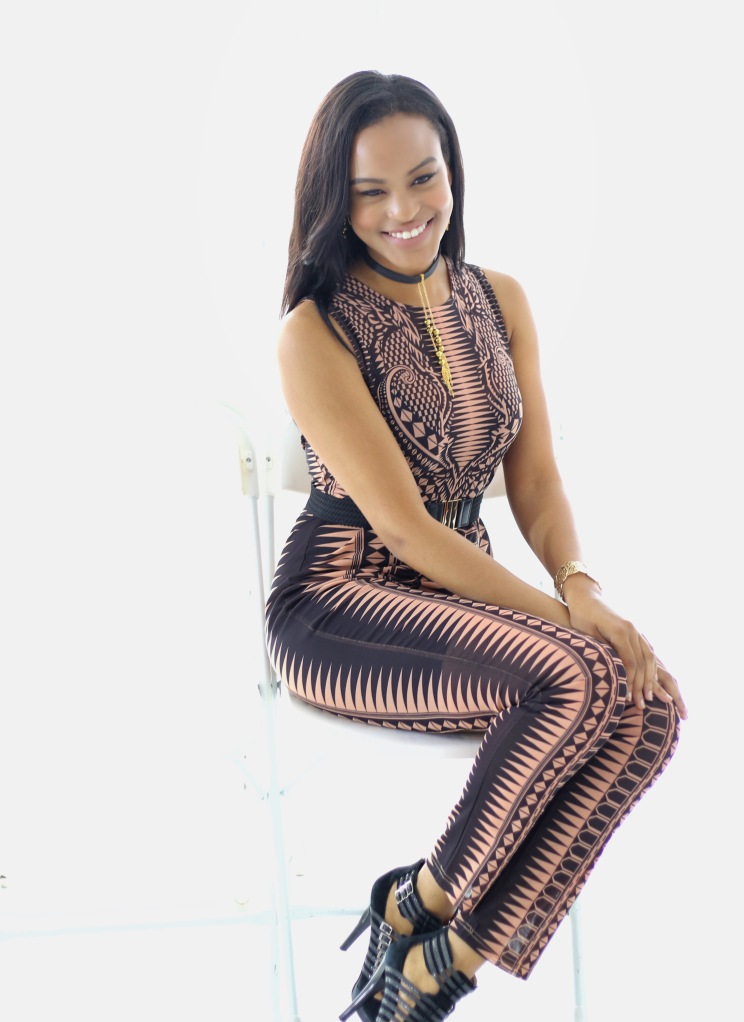 Next is Noah Love at work , he is for one , a runway coach for AMCONYC . 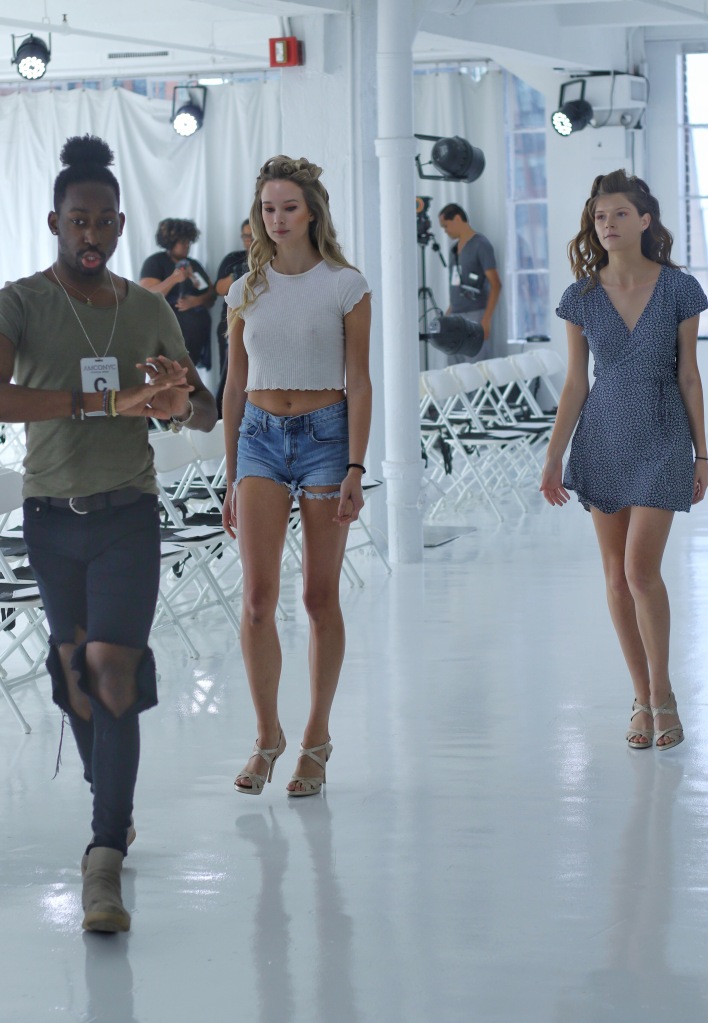 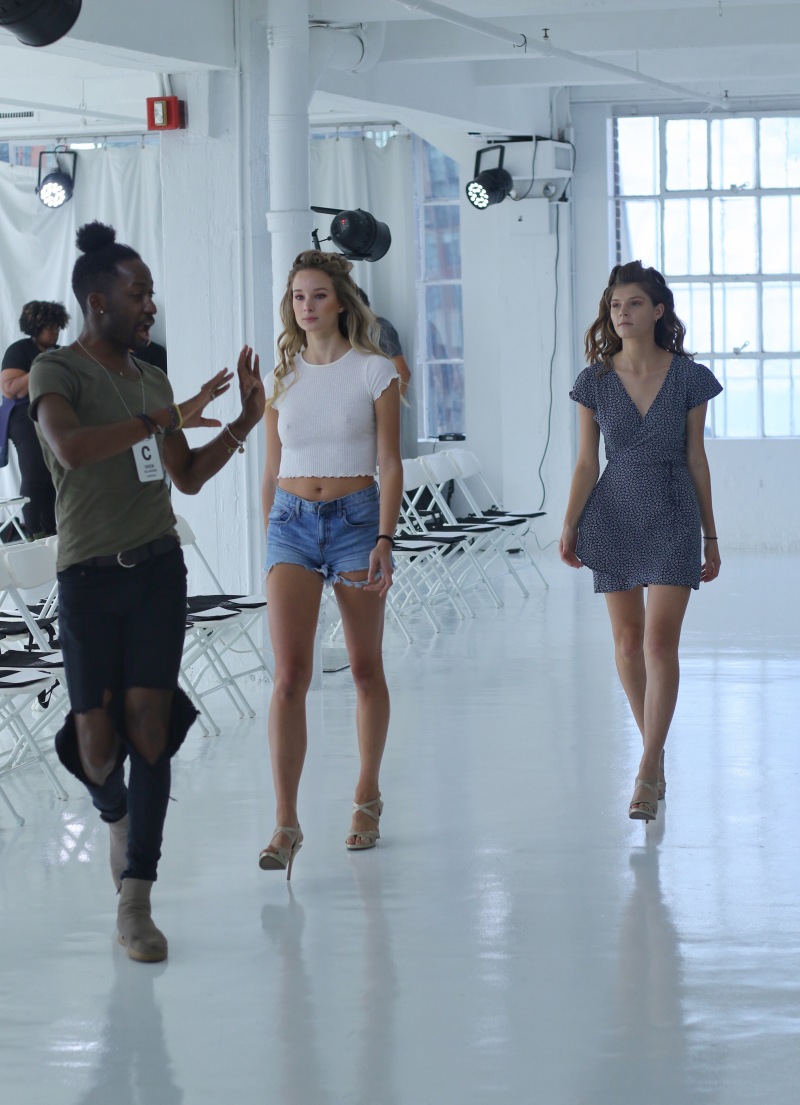 The lady in yellow and Didi J 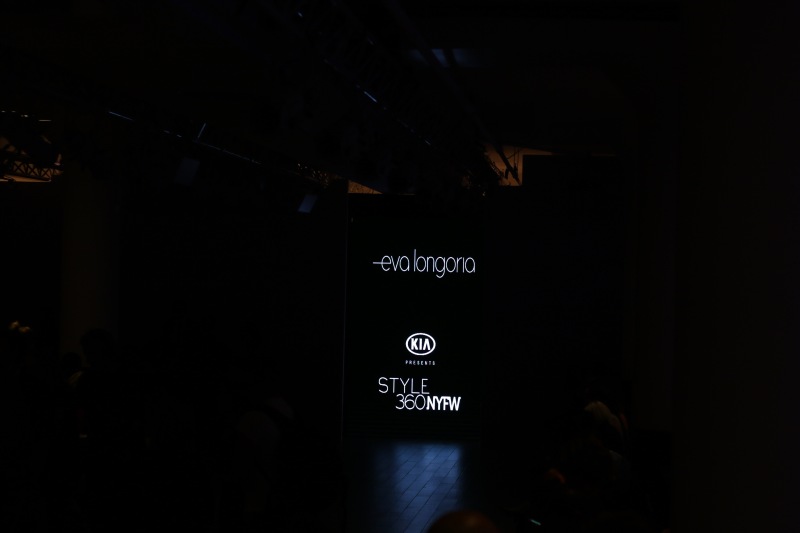 There you have it , some of my random photos from fashion week , not much after being sick . But fashion week returns in February.

But , just a final note . This isn’t meant to be a fashion blog , it is just following me and my camera whether I’m doing photo shoots , photoing nature or photoing NYC . So I hope you enjoy the diversity . 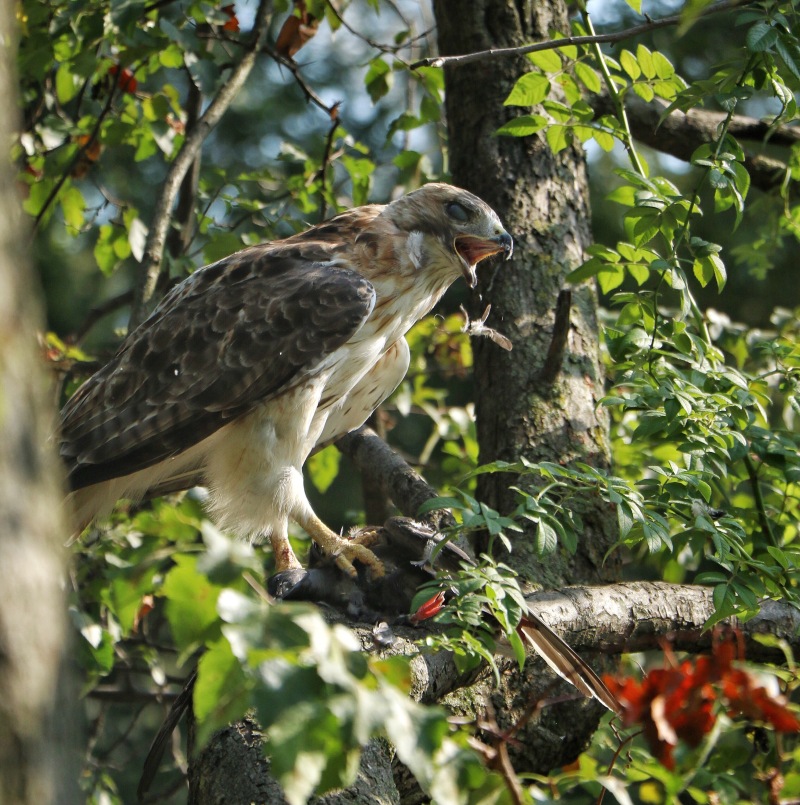 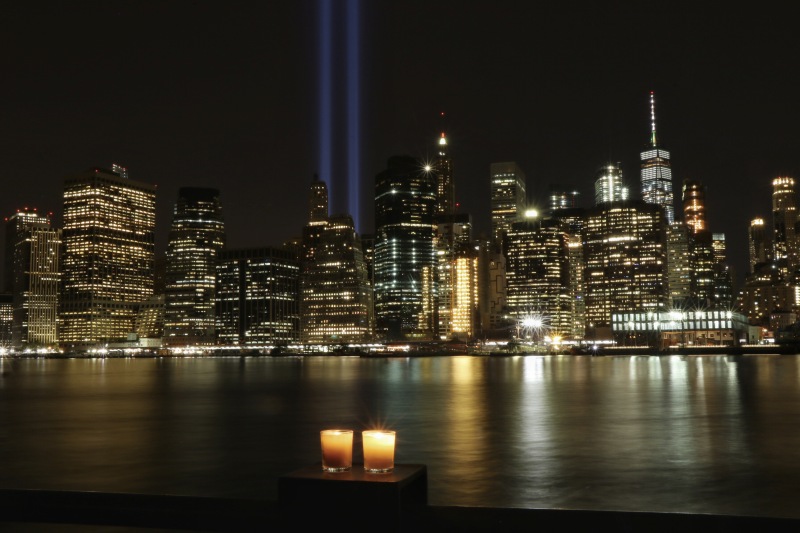