It seemed , in the beginning, when I began doing dance photoshoots , the only dancers I could find were mainly from Japan . Recently, it’s Italian dancers and the last shoot I did was no exception. Chiara is a dancer from Rome , Italy who came to New York City to dance and is returning home next month . Chiara , has been dancing since she was 10 in Italy and is really one of the few shoots I did that was someone whose main dance was ballet . Most seem to have ballet experience but moved on to other styles of dance.

About the shoot : Since Chiara is returning to Rome in a couple weeks , I had thought the shoot would be nice to feature New York City in the background. So we met in Brooklyn heading toward the water front . The first spot that caught our attention was a firehouse with its door closed . I had asked one of the fireman if we could use the door for the shot , he did something better , opened the door and let us use the truck ! 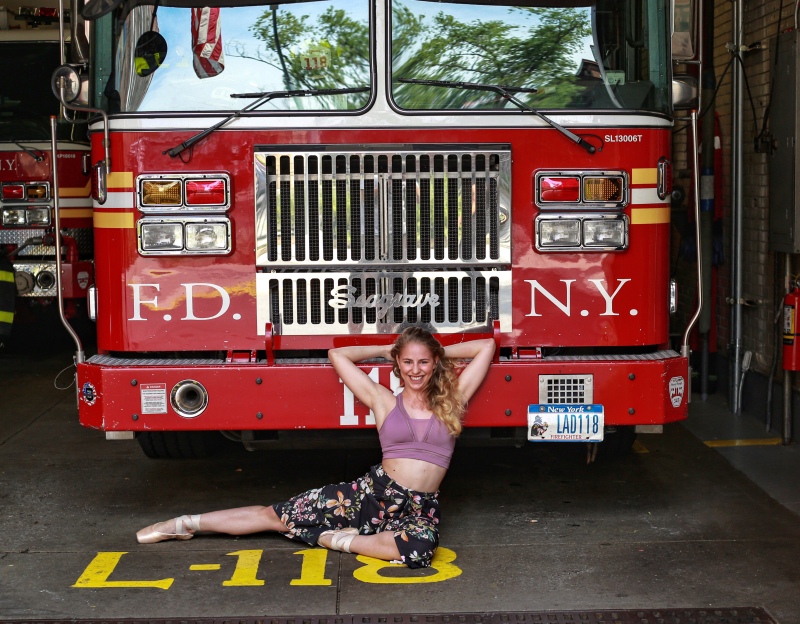 After a few shots there , unfortunately, they got a call and had to be on there way.

So we decided to make our way to the river to see the New York City skyline . On our way we made a few stops to get a few shots . 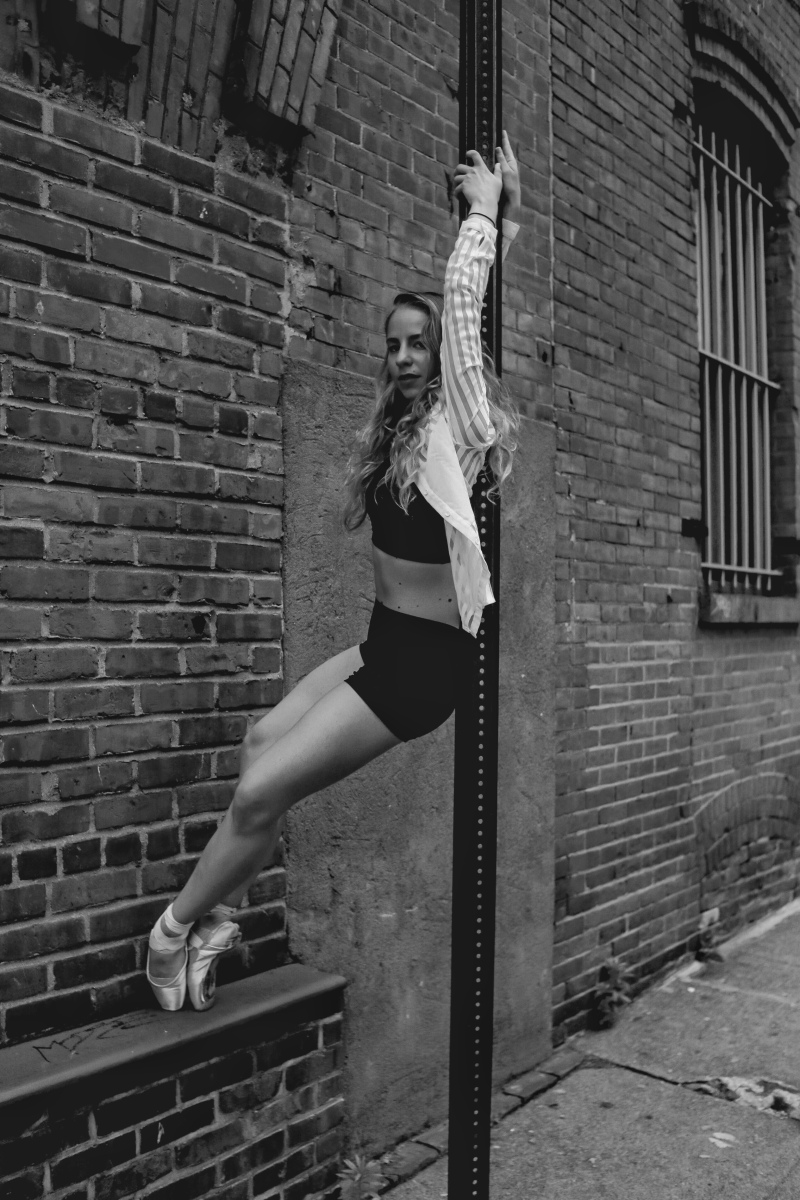 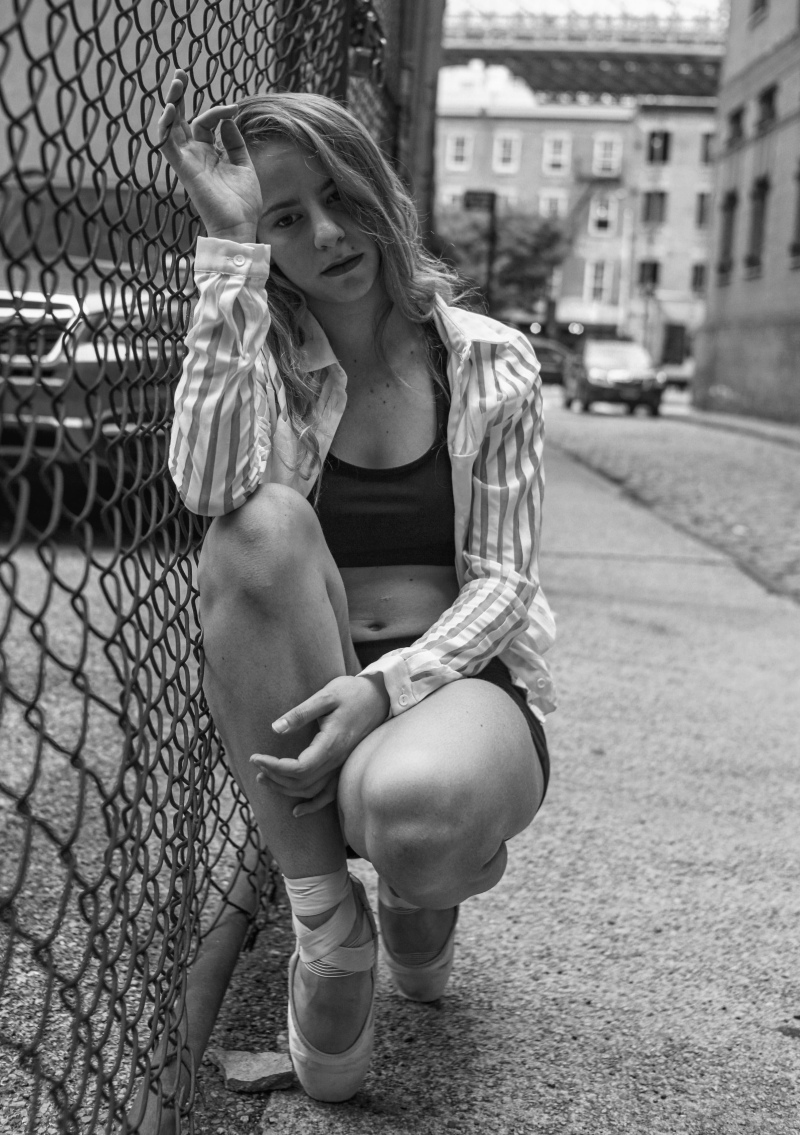 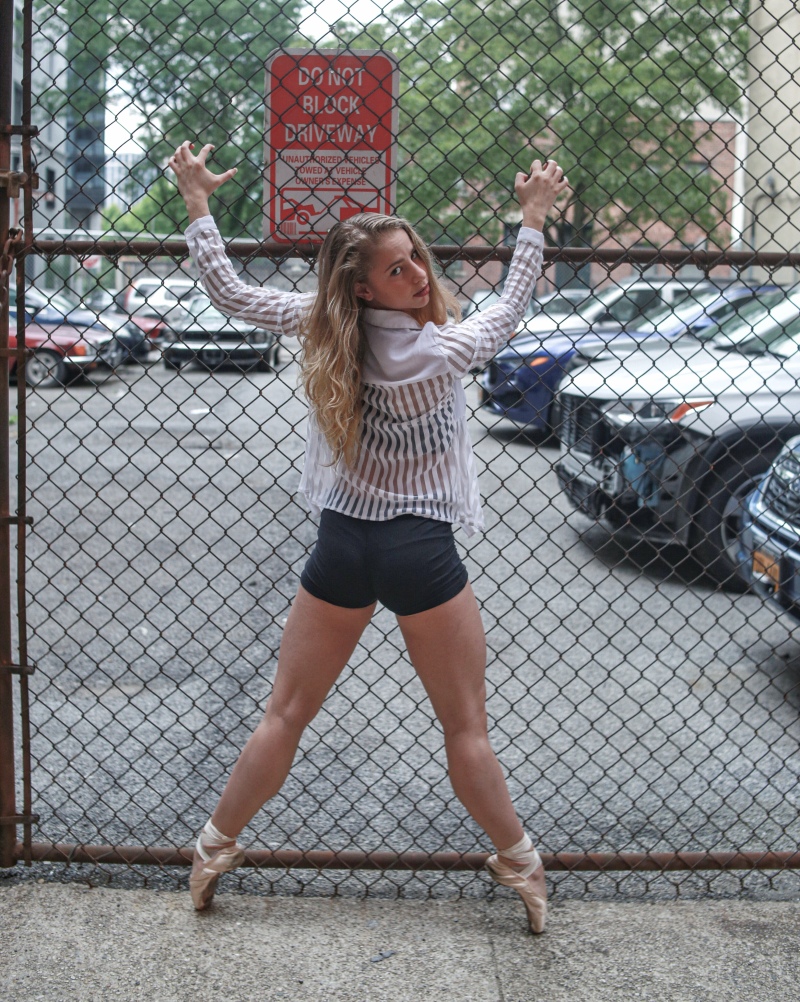 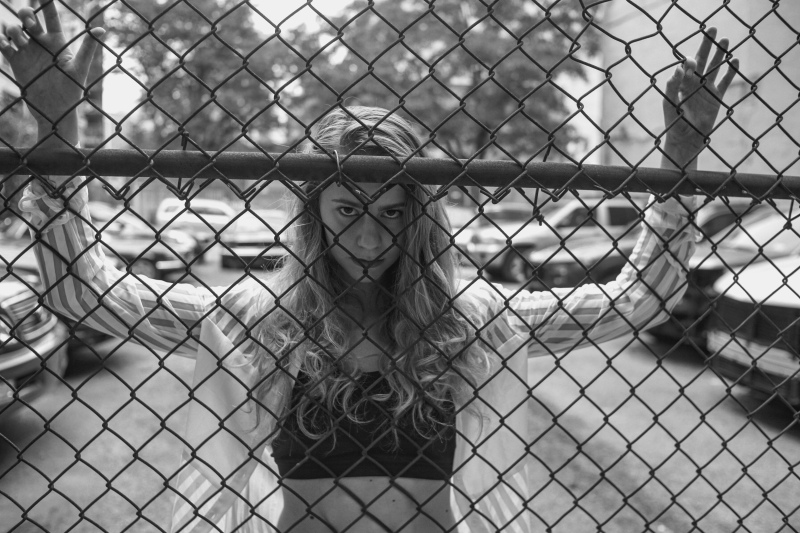 As we continued on our way , we came across a Dapper tours , a motorcycle with side car tours in New York , and they allowed to photo on a bike before they had to ride off .

Moving on , we finally made it to the east river , where you will find the best view of Manhattan. 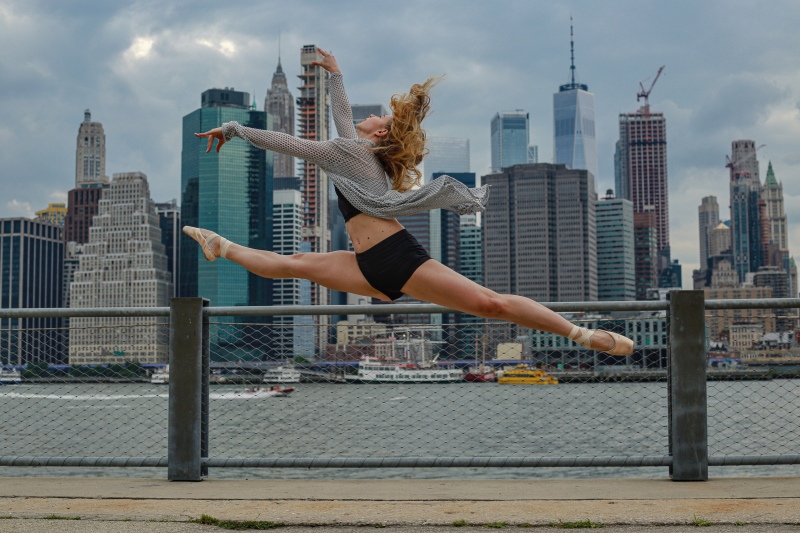 As we continued walking through this area we came across a piano , these pianos are set out in various areas of the city for anyone to play . It is the organization Sing for hope that supplies the pianos. SFH states on their website “Sing for Hope believes that the arts have unmatched power to uplift, unite, and transform lives. And we believe that all people deserve access to them.. ” and just as music is art having a ballerina at the piano was a nice touch and Chiara was more then happy to jump right in . 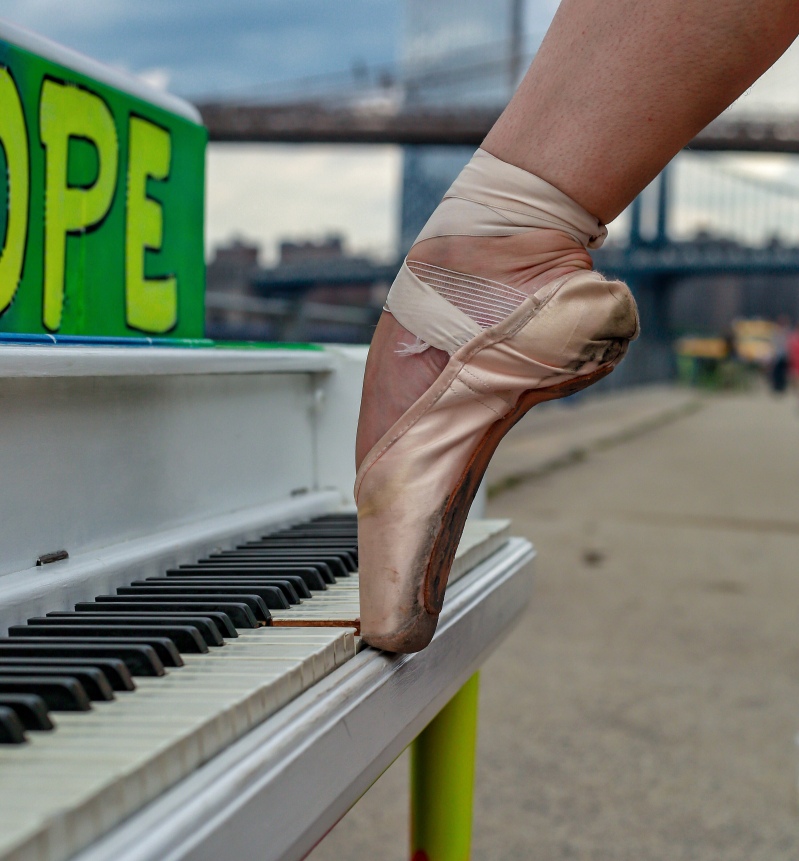 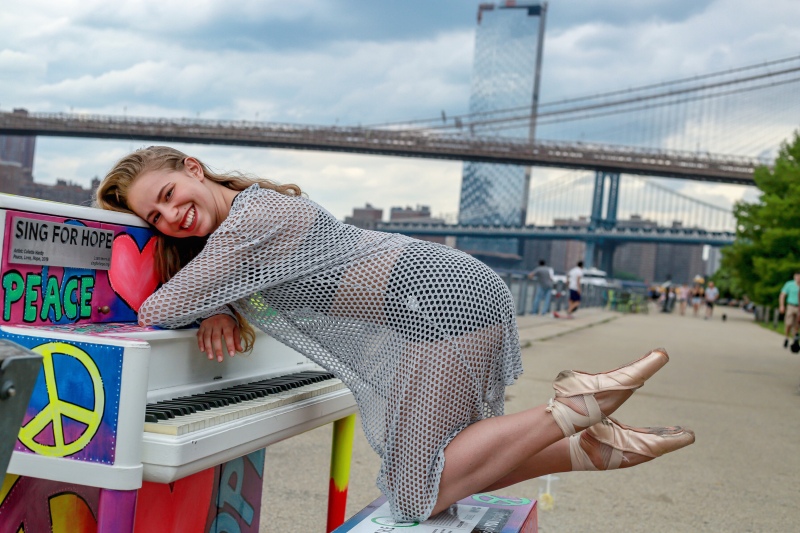 At this point , I had probably worked Chiara enough for this shoot .. haha so I decided to finish up at one of my favorite spots to see NYC . 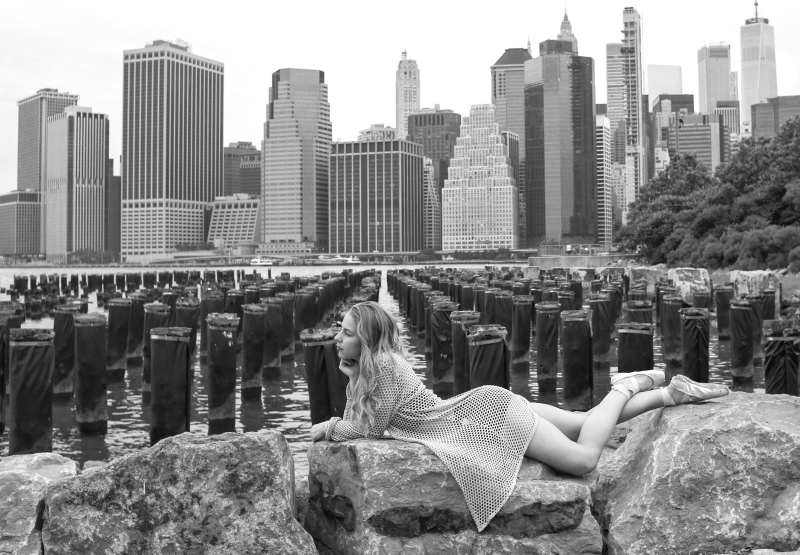